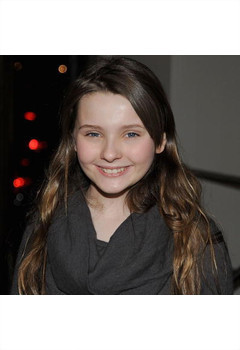 Abigail Kathleen Breslin was born on the 14th April 1996 in New York. Abigail has had roles in films such as Signs as Bo Hess, alongside Mel Gibson, Raising Helen as Sarah Davis opposite Kate Hudson and in The Princess Diaries 2: Royal Engagement as Parade Girl Carolina with Anne Hathaway and Julie Andrews. She has also had roles in Keane ... (Full biography below) 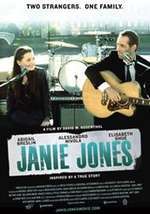 Janie Jones (2010) Ethan Brand and his band are on the comeback trail when a former flame drops a bomb in his lap: their 13-year-old daughter, Janie Jones. Ethan refuses to believe Janie is his kid, but when her mom suddenly leaves for rehab, the child has no place to go but into the tour bus and on the road with the band. With no inclination toward fatherhood, Ethan continues his hard-living ways, leaving Janie to fend for herself in the dive bars and sleazy motels along the way. As Ethan's self-destructive spiral threatens to destroy his band's future, Janie uses her own surprising musical talents to help guide him down the rocky road to redemption. 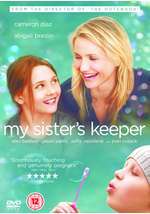 My Sister's Keeper (2009) Based on the best-selling novel, Nick Cassavetes My Sister's Keeper stars Cameron Diaz and Jason Patric as a married couple whose life is altered forever when they discover their two year old daughter Kate has leukemia. Their only hope to save Kate is to conceive another child, Anna. Throughout their young lives Kate and Anna endure various medical procedures in the hope of keeping Kate alive, until, aged eleven, Anna says no more. 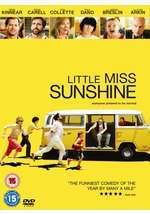 Little Miss Sunshine (2006) Little Miss Sunshine is a brazenly satirical and yet deeply human American road comedy. The film introduces audiences to one of the most endearingly fractured families in recent cinema history: the Hoovers, whose trip to a pre-pubescent beauty pageant results not only in comic mayhem but in death, transformation and a moving look at the surprising rewards of being losers in a winning-crazed culture. A runaway hit at the Sundance Film Festival, where it played to standing ovations, the film strikes a nerve with everyone who's ever been awestruck by how their muddled families seem to make it after all. 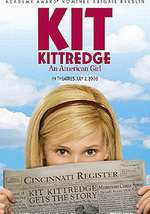 Kit Kittredge - An American Girl (2008) Bright, inquisitive and generous, Kit Kittredge is a natural born leader. But her happy childhood is abruptly interrupted when her father loses his car dealership and must leave Cincinnati to look for work. Kit and her mother Margaret are left to manage on their own, growing vegetables, selling eggs and even taking in an assortment of boarders including an itinerant magician, a vivacious dance instructor on the prowl for a husband and a zany mobile librarian. When a crime spree sweeps Cincinnati, all signs point to the local "hobo jungle." Kit, who always has her antennae out for a good news story, goes to see the hobo camp for herself and writes an article that creates a sympathetic portrait of the camp's residents. But, when Kit's mother and their boarders become the latest victims in a string of robberies, Kit's loyalties are tested. With all of their savings gone, the Kittredges face losing their house to foreclosure. Determined to recover the stolen money, Kit recruits her friends Ruthie and Stirling to help her track down the real culprit. Together they uncover a plot that goes far beyond Cincinnati! 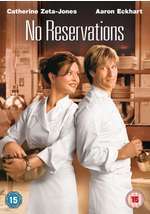 No Reservations (2007) When a top chef (Catherine Zeta-Jones) gains unexpected custody of a little girl (Abigail Breslin), her life gets thrown off course. Things get even more complicated when some sexy chef competition (Aaron Eckhart) enters her kitchen and her heart. 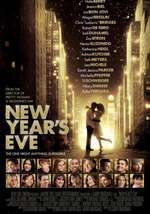 New Year's Eve (2011) The lives of several couples and singles in New York intertwine over the course of New Year's Eve.

Nim's Island (2008) Anything can happen on Nim's Island, a magical place ruled by a young girl's imagination. It is an existence that mirrors that of her favorite literary character, Alex Rover--the world's greatest adventurer. But Alexandra, the author of the Rover books, leads a reclusive life in the big city. When Nim's father goes missing from their island, a twist of fate brings her together with Alexandra. Now, they must draw courage from their fictional hero, Alex Rover, and find strength in one another to conquer Nim's Island. 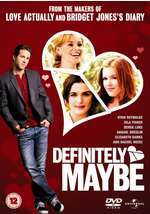 Definitely, Maybe (2008) Definitely, Maybe features Ryan Reynolds stars as Will Hayes, a 30-something Manhattan dad in the midst of a divorce when his 10 year-old daughter, Maya (Abigail Breslin), starts to question him about his life before marriage. Maya wants to know absolutely everything about how her parents met and fell in love. Will's story begins in 1992, as a young, starry-eyed aspiring politician who moves to New York from Wisconsin in order to work on the Clinton campaign. For Maya, Will relives his past as an idealistic young man learning the ins and outs of big city politics, and recounts the history of his romantic relationships with three very different women. Will hopelessly attempts a "PG" version of his story for his daughter and changes the names so Maya has to guess who is the woman her father finally married. Is her mother Will's college sweetheart, the dependable girl next-door Emily (Elizabeth Banks)? Is she his longtime best friend and confidante, the apolitical April (Isla Fisher)? Or is she the free-spirited but ambitious journalist Summer (Rachel Weisz)? As Maya puts together the pieces of her dad's romantic puzzle, she begins to understand that love is not so simple or easy. And as Will tells her his tale, Maya helps him to understand that it's definitely never too late to go back...and maybe even possible to find a happy ending. 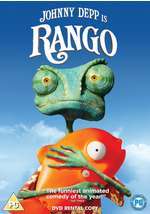 Rango (2011) Get ready to tango with RANGO, a winner with critics and audiences that's "like nothing you've ever seen before"; (Peter Travers, Rolling Stone). Johnny Depp is spectacular as Rango, a kooky pet chameleon who gets tossed into a wild and raucous town in desperate need of a hero. Refreshingly original with eye-popping animation, RANGO is "loads of fun and genuinely funny" (Betsy Sharkey, Los Angeles Times). 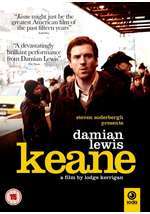 Keane (2006) A man in his early 30s (Keane) struggles with the apparent loss of his daughter from a port authority bus terminal in New York.

Abigail Kathleen Breslin was born on the 14th April 1996 in New York. Abigail has had roles in films such as Signs as Bo Hess, alongside Mel Gibson, Raising Helen as Sarah Davis opposite Kate Hudson and in The Princess Diaries 2: Royal Engagement as Parade Girl Carolina with Anne Hathaway and Julie Andrews. She has also had roles in Keane with Damian Lewis, Amy Ryan and Tina Holmes, Chestnut: Hero of Central Park and The Family Plan. Abigail was the voice of Rosebud in the 2006 film called Air Buddies. She plays the part of one of five puppies that are "dognapped". In 2006, Abigail Breslin starred in the comedy film called Little Miss Sunshine, playing a beauty pageant contestant, who is the youngest in a dysfunctional family on a road trip opposite Toni Collette, Greg Kinnear and Steve Carell. Her co-stars, Greg Kinnear and Alan Arkin, both mentioned that they were "astounded by her seriousness of purpose during shooting". For her performance, Abigail received a Screen Actors Guild Award Nomination, as well as an Academy Award nomination for Best Supporting Actress (on January 23, 2007). At the time of her nomination and at the age of ten years old, Abigail Breslin became the fourth youngest actress to be nominated for the Academy Award for Best Supporting Actress. Abigail made her stage debut in the play called Right You Are (If You Think You Are) in New York City at the Guggenheim Museum, starring in a superb cast alongside Cate Blanchett, Dianne Wiest, Natalie Portman and Peter Sarsgaard. Abigail had a leading role in the film called The Ultimate Gift, playing a terminally ill girl called Emily. She has also appeared in the romantic comedies No Reservations, playing the niece of a chef called kate played by Catherine Zeta Jones and also alongside Aaron Eckhart, and Definitely, Maybe, in which her character is the daughter of a single father called Will ( played by Ryan Reynolds) and also stars Elizabeth Banks, Rachel Weisz and Isla Fisher. She has also starred as Nim alongside Jodie Foster and Gerard Butler, in the film called Nim's Island, and in the film called Kit Kittredge: An American Girl. Abigail plays Kit with Joan Cusack and Glenne Headly. Abigail has had a role in the film called The Santa Clause 3: The Escape Clause as Trish alongside her brother Spencer Breslin. Another role is in the film called My Sister's Keeper as Andromeda "Anna" Fitzgerald opposite Sofia Vassilieva, Alec Baldwin and Cameron Diaz. Abigail is also using her voice talents opnce more in the film called Rango opposite Johnny Depp as the voice of Rango and Isla Fisher.

What's your favourite Abigail Breslin film and why?