Adam Deacon Born 4th March 1983 is From Hackney London , He has been in many tv programmes and movies and also appears in some music videos . Most famous movies are Ali G indahouse, Kidulthood, Adulthood, Shank and Anuvahood.

Victim (1961) In its time, Victim was considered as a daring a film as had ever been made in England. Taken at face value, Janet Green and John McCormick's screenplay is nothing new: Dirk Bogarde plays a lawyer who agrees to defend an old friend (John McEnery) on a theft charge, only to be enmeshed in a blackmailing scheme. What set this one apart is the fact that the lawyer had once been the male lover of his client. At a time when homosexuality was a criminal offense in England, any film that depicted the gay scene in a non-judgmental light was in for a rough time from the bluenose brigades. What really startled filmgoers of 1962 is that the homosexuals shown in Victim were seemingly normal, everyday blokes, a far cry from the stereotyped nance characters common to films. Denied the MPAA seal when it was released to the United States, Victim surprisingly ran into very little interference when it was released to television in the mid-1960s.~ Hal Erickson, All Movie Guide

Sugarhouse (2007) Tom (Steven Mackintosh) is a middle-class city boy whose life has reached breaking point. He mistakenly gets involved with a drug dealer, and things only get worse once the local crime-lord, Hoodwink (Andy Serkis), gets involved. 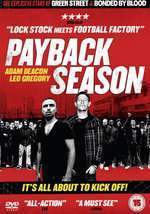 Payback Season (2012) Hot shot Premiership footballer Jerome seems to have it all - a luxury flat, a fast car, any girl he wants, and a booming career. A vast contrast to the council estate life he left behind. Following a run-in with his old estate crew, his world is turned upside down as he gets caught up in the gangland ways his friends still pursue, and before long finds himself being extorted by the dealers, crooks and dropouts he used to hang around with. Adding to this is his younger brother Arron, who finds himself seduced by this attractive yet dangerous lifestyle.

Jack Falls (2010) Jack returns in this third instalment to repay those that tried to kill him in Amsterdam. 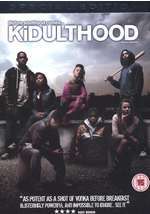 Kidulthood (2006) For 15 year old Trife, a boy from west London, life is a day to day struggle. Trapped between the worlds of his school friends, the girl he loves and the draw of his powerful and dangerous uncle, Trife must choose between the path he knows is right and a life of guns, drugs and violence he has come to know all too well...

Adulthood (2008) Powerful, disturbing and moving in equal measure, 2005's acclaimed "Kidulthood" took us deep into London's unseen underbelly, delivering a raw, hard-hitting reflection of what life is like for 21st century teenagers. "Adulthood" follows up that tale as Sam Peel is released from jail and must overcome the temptations of the outside world as well as the repurcussions of his actions. 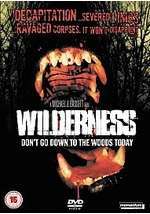 Wilderness (2006) When a group of young offenders are sent away to a military boot camp on a remote and supposedly uninhabited island, they are taught a lesson they will never forget. On the island, a stark-raving mad psychopath lies in wait. Trained and equipped like an experienced hunter, the killer annihilates his victims using deadly booby-traps and ravenous dogs.

Bonded by Blood (2010) In 1995, drug suppliers and career criminals Tony Tucker, Patrick Tate and Craig Rolfe were blasted to death by a shot gun whilst waiting in a Range Rover in Rettendon, Essex. The film charts their rise to become the most prolific dealers and feared criminals in the south of England, maintaining the hold on their empire with fear and violence until their untimely death. 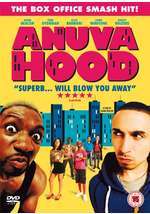 Anuvahood (2011) Meet Kenneth. He thinks he's got the moves. He thinks he's got swagger. He thinks he can spit bars. But in reality, he's a WASTEMAN! With the bailiffs banging on the door, parents screaming in his ear, and finding no luck with the ladies, he needs to FIX UP, and fast. When our boy starts selling weed to get himself out of trouble, local badman Tyrone is VEX, opening up a world of hurt for Kenneth and his misfit crew. But he ain't gonna go down without a fight. It s time for him to get rich, or CRY TRYING! From the mind of Adam Deacon comes the UK's first HILARIOUS urban comedy, with a BIG cast including Femi Oyeniran, Jaime Winstone, Ollie Barbieri, Richard Blackwood & Ashley Walters, and featuring hot tunes from Tinie Tempah, Boy Better Know, Wiley and Dizzee Rascal. This ain't just any hood, it's ANUVAHOOD! 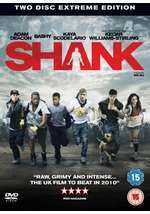 Shank (2010) "Shank", a fresh and gritty action film for the youth generation. Set in London 2015, the gap between rich and poor has grown to epic proportions and food has replaced drugs and guns as a priceless commodity. Junior and his gang the Paper Chaserz trade in 'munchies' but stay away from the territory disputes and the violence. A conflict with a rival gang leads to the death of one of their own. Now on a chase across gang controlled London, Junior has to decide whether to stay true to his principles or drag them all into a quest for revenge that could get them killed. Featuring hot grime artist Bashy, Adam Deacon (KiDULTHOOD, AdULTHOOD) and Kaya Scodelario (Skins), and exclusive live performances from Tempa T and D Double E, Shank is an adrenaline-fuelled look at the way we could be in 2015, and the first must-see film of 2010.

What's your favourite Adam Deacon film and why?