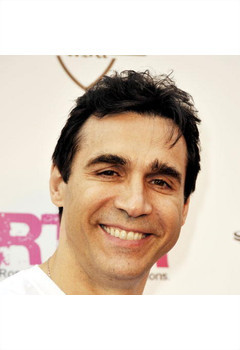 Adrian Paul Hewett (born 29 May 1959), better known as Adrian Paul, is an actor best known for his role on the television series Highlander: The Series as Duncan MacLeod. He appeared in a regular role in the second season of the television series War of the Worlds (1989–1990) as John Kincaid, three episodes of Dark Shadows (1991) as ... (Full biography below) 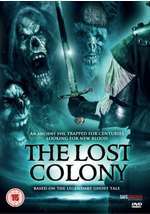 The Lost Colony (2007) Adrian Paul stars in this pulse-pounding, action/horror film packed with terrifying special effects and inspired by history's most tantalizing unsolved mystery. In 1587, over 100 brave men and women set sail from Britain to establish the first English colony in the Americas. They landed on Roanoke Island off the coast of Virginia. They built a settlement and planted crops. Then they disappeared - without a trace... Was it a Viking curse or something even more ancient and sinister? 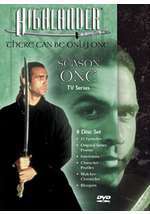 Highlander - Complete Season One (1992) Duncan MacLeod is Immortal, and must live in modern society, concealing his true nature while fighting other Immortals. 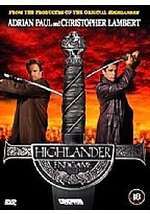 Highlander - Endgame (2000) For the next electrifying chapter in this wildly popular action-packed legacy, Highlander - Endgame teams big-screen star Christopher Lambert with Highlander TV series star Adrian Paul. To combath the fearsome Highlander villain and his ruthless band of Immortals, Connor (Lambert) and Duncan (Paul) join together in a power play for the ages. But even though it will take the combined strength of two Immortals to win this fight, in the end there can only be one. Bold, exciting and tremendously entertaining - you don't want to miss this epic struggle of good versus evil. 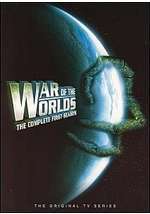 War Of The Worlds - Series 2 - Complete (1989) Though it only lasted two seasons, the late-'80s television series WAR OF THE WORLDS fashioned a worthy, imaginative sequel to the classic 1953 film adaptation of H.G. Wells's terrifying tale of alien invasion. Picking up 35 years after the movie left off--with the aliens' defeat via earthly bacteria--the syndicated series found the invaders' preserved bodies resuscitated by radioactive nuclear waste and endowed with an INVASION OF THE BODY SNATCHERS-like ability to inhabit their victims. Scientist Harrison Blackwood (Jared Martin) led the charge to combat the alien menace with the help of a team of experts that included biologist Suzanne McCullough (Lynda Mason Green), computer programmer Norton Drake (Philip Akin), and army colonel Paul Ironhorse (Richard Chaves). While not as well remembered as that other '80s alien classic, V, WAR OF THE WORLDS retains a cult following for its action-packed storylines, superb special effects, and a dark, atmospheric evocation of paranoia. Includes every episode from series 2. 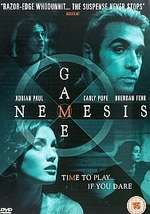 Nemesis Game (2003) Introverted college student Sara (Carly Pope) shys away from her classmates, choosing to spend time with Vern (Adrian Paul), a comic book shop owner. Together, they share a passion for brain teasers and riddles. But when the riddles Sara solves begin to result in the deaths of those around her, she realizes that she is involved in larger game than she even suspected. 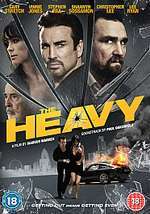 The Heavy (2009) Marcus Warren's directorial début THE HEAVY is a slick British thriller, in which a brotherly bond is stretched to breaking point. Sibling rivalry has seen Mitchell and Christian Mason (Gary Stretch and Adrian Paul) move into very different fields. Fresh out of prison and with limited options, Michell acts as a 'heavy' for shady businessman Anawalt (Stephen Rea), whilst high-flying politician Christian looks set to become the next Prime Minister. Loyalties are called into conflict when Mitchell is given the opportunity to take revenge against his estranged family, all whilst under the glare of crooked police detective Dunn (Vinnie Jones). The gritty gangster film's impressive cast also features Christopher Lee, Jean Marsh, Shannyn Sossamon and Sadie Frost. 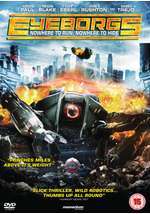 Eyeborgs (2009) Government surveillance has reached unprecedented levels with the creation of 'Eyeborgs', mobile robotic cameras that can follow anyone, anywhere. But what few realise is the Eyeborgs do more than just watch. If an Eyeborg sees a crime in progress, and no other law enforcement is present, the Eyeborg can take whatever action is necessary to stop it. An investigation into a series of suspicious deaths leads "Gunner" Reynolds (Adrian Paul) to believe that terrorists have taken over the system and are using the Eyeborgs in a plot to assassinate the President of the United States. 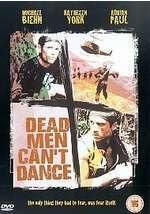 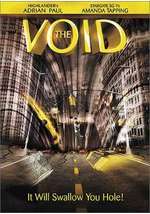 The Void (2001) Mad scientist will let nothing get in the way of his pursuit of cheap energy. The first time he tried it, many people were killed, eight years later, he is out to re-try his experiment on a bigger scale. 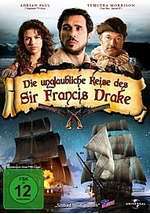 The Pirate King - Sir Francis Drake (2011) The year is 1592 and with the Spanish Armada four years behind him, Captain Don Sandovante wants to move foward but finds that English pirate Sir Francis Drake is still a thorn in his side. The two of them find themselves in a race to find the Tree Of Life but for Drake, it is about much more than a race, it is about saving his daughter. 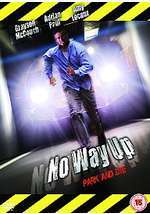 No Way Up (2005) A man going about his normal everyday business suddenly finds himself battling to survive. Trapped in an underground car park with the psychotic driver of a monster truck, he realises that he's on his own and someone's out to kill him.

Watch No Way Up Online Free 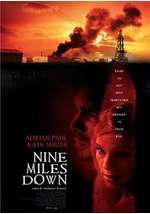 Nine Miles Down (2009) In the Sahara desert, a sandstorm batters a deserted drilling station. Thomas "Jack" Jackman a security patrol-man, battles through the high winds to find out why all contact with the station has been lost. Originally built for gas exploration, and then abandoned, the site had recently been taken over by a multi-national research team intent on drilling deeper into the earth's crust than ever before... 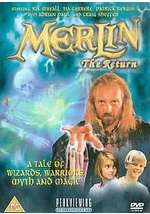 Merlin - The Return (1999) Merlin the Magician uses the power of Stonehenge to banish the evil sorcerer, Mordred, and his army, to the Netherworld. He then sends Arthur and Sir Lancelot into a long, dark sleep so they can be on hand should Mordred ever return. Fifteen hundred years later the spell of Merlin is starting to weaken and scientist Joan Maxwell is experimenting with the source of Merlin's magic in order to free Mordred from his prison... 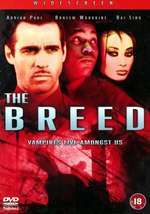 The Breed (2001) An FBI agent is tasked with tracking down a vampire. This vampire has threatened to tell the world of the Government's plan to integrate vampires with the human population... 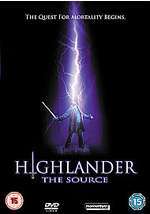 Highlander - The Source (2007) The world is falling into chaos. As he roams a crumbling city, Duncan MacLeod, the Highlander, remembers happier times before the love of his life left... Hopeless and alone, MacLeod finds his way to a band of immortal companions, including his mysterious friend Methos, and a mortal, Watcher Joe Dawson. Together this small group sets out on a quest to find the origin of the first Immortal and The Source of their immortality.

Adrian Paul Hewett (born 29 May 1959), better known as Adrian Paul, is an actor best known for his role on the television series Highlander: The Series as Duncan MacLeod. He appeared in a regular role in the second season of the television series War of the Worlds (1989–1990) as John Kincaid, three episodes of Dark Shadows (1991) as Jeremiah Collins, and made a pilot for CBS Television for a series called The Owl (1991). In 2001, he starred in Tracker. Other movies which he has starred or co-starred are Dance to Win (also known as War Dancing) (1989), Love Potion No. 9 (1992) as Enrico Pazzoli, Dead Men Can't Dance (1997), Susan's Plan (also known as Dying to Get Rich) (1998), Merlin: The Return (1999) as Lancelot, Convergence (also called Premonition) (1999), The Void (2001), The Breed (2001), Code Hunter (2002), Nemesis Game (2003) Throttle (2005), and Phantom Below (also known as Tides of War) (2005). In 2006 he co-starred in the horror film Séance and in Little Chicago. He also starred as Ananias Dare in the Sci Fi original film Wraiths of Roanoke (2007) and Sir Francis Drake in the Sci Fi original film The Immortal Voyage of Captain Drake (2009). His upcoming films include the futuristic thriller Eyebrogs and the thriller/drama The Heavy

What's your favourite Adrian Paul film and why?