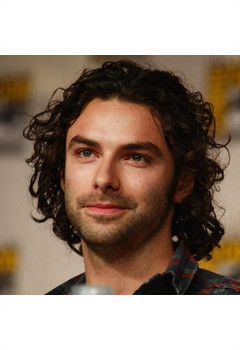 Sexiest vampire on TV - soon to be sexiest dwarf on film

Being Human - Series 1 (2009) Russell Tovey plays the lovable George, battling with his double identity as a mild-mannered and geeky hospital porter who for one night a month is transformed into a flesh-hungry, predatory werewolf. Aidan Turner plays the good-looking and laid-back Mitchell who, in contrast to George, has the gift of the gab and an easy confidence with the ladies. But he is also a blood-sucking vampire struggling with going cold-turkey from the blood he craves. Completing the flat-share trio is Annie, played by Lenora Crichlow, a talkative ghost lacking in self-confidence and desperate for company. Annie is still pining after her fiancé, whom she was due to marry before the fatal accident that left her with her ghostly affliction - and who happens to be the landlord of their flat. The series follows the trio as they do their best to live their lives as normally as possible despite their strange and dark secrets. But with unwelcome intruders into their world, rumblings about an impending revolution from the vampire underworld and constant threats of exposure - on top of the usual issues faced by young people surrounding love, work and mates - the only thing they may be able to rely on in their heightened world, is each other. 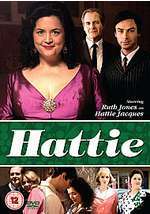 Hattie (2010) Award-winning actress and comedy writer Ruth Jones stars as larger-than-life Carry On actress Hattie Jacques, in this one-off film about her secret affair with a younger man in the early Sixties, while still married to Dad's Army star John Le Mesurier. 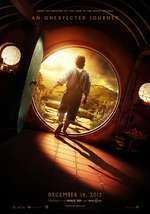 The Hobbit - Part 1 (2012) A band of wandering dwarves shows up one or two at a time. The goal? To hire poor Bilbo for a quest that entails defeating a dragon and recovering a treasure. Along the way there are adventures with trolls and elves and The Battle of Five Armies. But most importantly of all he acquires a peculiar ring that has had and will have a great impact on the future of their world. 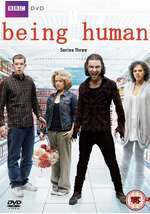 Being Human - Series 3 (2011) The heroes move to Wales to continue their quest to live like normal human beings, but the net is closing in on Mitchell, Annie is trapped in purgatory and George and Nina battle domestic challenges. 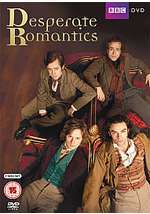 Desperate Romantics (2009) It's London, 1851. The city is in the throes of the industrial revolution. But amongst the dirty red bricks and smoke stacks are four young, thrill-seeking artists - steadfast William Holman Hunt, naive John Millais, mischievous Dante Gabriel Rossetti and budding journalist Fred Walters - otherwise known as the Brotherhood. Their quest for artistic immortality takes them into some of the lewdest, darkest and funniest corners of the city. Joining them is sassy, sexy model Lizzie Siddal. But is she risking it all with this dangerous bunch? With a glossy look, and a driving contemporary soundtrack, Desperate Romantics is a character-driven romp through the alleyways, studios, brothels and chop-houses of 19th century London. 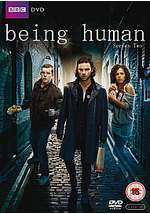 Being Human - Series 2 (2010) Second series of the supernatural comedy drama, following the "lives" of the vampire Mitchell (Aidan Turner), the ghost Annie (Lenora Crichlow) and the werewolf George (Russell Tovey). The now leaderless vampires are growing increasingly dangerous, much to Mitchell's frustration, as he is now faced with the decision of whether to leave them alone or take matters into his own hands. Annie is also facing her own hardships as it grows increasingly obvious that something beyond the "door" she chose to not go through is very keen to change that - no matter the consequences. And though George has finally found love he is still struggling with his animal instincts and longs for a normal life. But little do our heroes know that an even darker, human force is upon them, with an unhealthy interest in all of their kind...

What's your favourite Aidan Turner film and why?