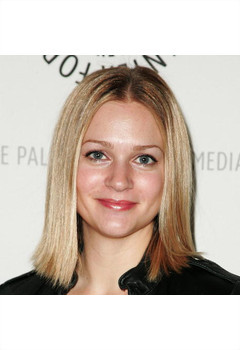 Andrea Joy Cook was born on the 22nd July 1978 in Oshawa in Ontario. Andrea is more commonly known as A. J. Cook. A.J.'s first role was on an episode of Goosebumps as Kim Carter in the episode called Don't Wake Mummy with Evan Morgan. This is the tv series based on the children's horror stories by R. L. Stine. A. J. has also h ... (Full biography below) 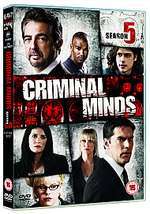 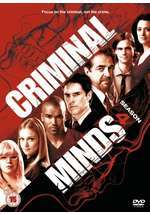 Criminal Minds - Season 4 (2008) Criminal Minds is the dramatic, psychological suspense thriller about an elite team of FBI profilers who analyse America's most twisted criminal minds and anticipate their next moves. 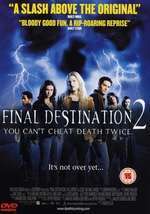 Final Destination 2 (2003) In FINAL DESTINATION 2, the basic notion of cheating mortality is further refined with an even more gripping plot provided by Eric Bress & J. Mackye Gruber, the duo behind the film BLUNT. Director David R. Ellis revels in film as an entertainment vehicle and the result is a no-holds-barred raucous good time. Ellis' background as a stuntman and stunt coordinator helps him build electric suspense through a chain of seemingly simple actions that in fact loaded and lethal.In the original, FINAL DESTINATION, a group of students avoided the tragic crash of Flight 180 when Alexander Browning had a premonition. Death, however, didn't like being outwitted, and one by one the survivors died in freak accidents. The sole survivor was Clear Rivers (Ali Larter) who voluntarily checked into a padded room at Stonybrook Institute. FINAL DESTINATION II takes place on Flight 180's one-year anniversary. Kimberly Corman (A.J. Cook) is joyriding with some friends on Route 23 when she "sees" herself, her friends, and other drivers involved in a massive multi-car pileup. The scene is so artfully executed, it physically hurts to watch. She and police officer Thomas Burke (Michael Landes) save a group of people who would have otherwise died in the crash. But, as ever, death approacheth, taking the likes of Evan (David Paetkau), the Trans Am-loving lottery winner who puts up a good fight but is ultimately impaled on a fire escape ladder; and Tim (James Kirk), who almost chokes to death at the dentist and is later flattened by a piece of industrial glass. Clear Rivers busts out of the psych ward to help the remaining survivors pool their efforts and read the signs of impending death before it claims their lives. 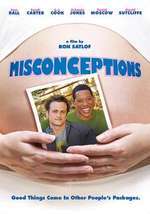 My Gay Christian Baby (2008) "Misconceptions" is about a religiously conservative, married southern woman who receives a message from God instructing her to act as a surrogate mother and carry a child for two married gay men who live in Boston - Jewish doctor and black dance choreographer. All hell breaks loose when the black man comes to her home down south to micro-manage her pregnancy and he won't leave. 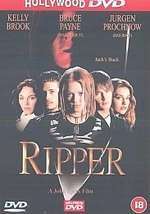 Ripper (2001) Molly is at university studying the lives of serial killers when members of her study group start dying gruesome deaths. Years earlier she had been the only survivor of a massacre - could the killer be still out to get her? 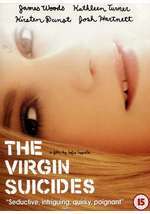 The Virgin Suicides (1999) Based on the 1993 novel by Jeffrey Eugenides, THE VIRGIN SUICIDES tells the dreamlike tale of the Lisbons, a family living in a sheltered 1970s suburbia. When Cecilia (Hannah Hall), the youngest of the five teenage Lisbon daughters, inexplicably commits suicide, the rest of the family--Mr. Lisbon (James Woods), an awkward high school math teacher; Mrs. Lisbon (Kathleen Turner), a stern, humorless housewife; and the four remaining sisters: Lux (Kirsten Dunst), Bonnie (Chelse Swain), Mary (A.J. Cook), and Therese (Leslie Hayman)--recedes into a morbid cloud of repression and denial. As the girls are forced to retreat from everyday life by their conservative mother, they become the subject of fascination for a group of neighborhood boys, who narrate the story and hope to rescue the girls from their listless confinement.The first feature by director-screenwriter Sofia Coppola (Francis Ford Coppola's daughter), THE VIRGIN SUICIDES is a mesmerizingly atmospheric film that perfectly captures both the moody tone of the book and the light-saturated feel of the 1970s. Dunst gives a standout performance as the promiscuous Lux, who becomes the sole obsession of high school ladies' man Trip Fontaine (Josh Hartnett). The movie also includes cameos by Danny DeVito and Scott Glenn. In addition to songs by Heart and Todd Rundgren, the film features an evocative score by the French duo Air. 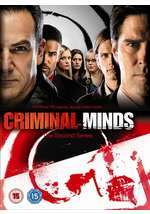 Criminal Minds - Season 2 (2007) This popular show follows a group of FBI agents as they go inside the minds of vicious murderers. With Emmy-winner Mandy Patinkin (CHICAGO HOPE) playing a star behavior analyst, these profilers try to solve mysteries by delving into the psychology of serial killers and terrorists.This release includes the complete second season of the series. 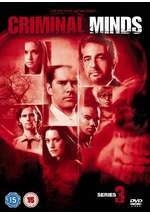 Criminal Minds - Season 3 (2008) This popular show follows a group of FBI agents as they go inside the minds of vicious murderers. Tony Award-winner Joe Mantegna stars as David Rossi in this third series (replacing Mandy Patinkin), an original founder of the Behavioral Analysis Unit who returns to action as a profiler; in addition to Mantegna, CRIMINAL MINDS stars Thomas Gibson as the group's leader. Solving mysteries by delving into the psychology of serial killers and terrorists, each of the group's members are able to offer special insight into specific cases: Derek Morgan (Shemar Moore) helps to solve crimes of obsession; Penelope Garcia (Kirsten Vangsness) employs her computer skills to gather clues; and Spencer Reid (Matthew Gray Gubler) uses his considerable intelligence to crack cases, despite his substandard social skills. Offering insight into both real and fictional crimes, this show is an essential for drama devotees. This collection presents the complete third series. 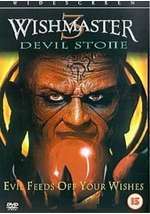 Wishmaster 3 - Devil Stone (2001) Diana Collins is a teaching assistant in a college where she is studying religion and mythology under Professor Barash. One day she unwittingly unleashes the evil Djinn who is keen to grant three wishes to his waker which will free his race in order for them to be able to destroy mankind...

Criminal Minds - Season 6 (2011) The FBI's sharpest thinkers have murder on their minds. Outthink the criminals with the FBIís sharpest agents as the sixth season of Criminal Minds arrives on DVD with 24 gripping episodes. The members of the Behavioural Analysis Unit (BAU) profile uncatchable crooks responsible for unthinkable crimes. Team leader Aaron Hotchner (Thomas Gibson) and famed profiling expert David Rossi (Joe Mantegna) face a deadly challenge when a new case threatens one of their own. Special Agent Emily Prentiss (Paget Brewster) takes on an enemy from her past in a game of cat-and-mouse - and nothing will ever be the same. Yet with Dr. Spencer Reid (Matthew Gray Gubler), Derek Morgan (Shemar Moore), Jennifer "JJ" Jareau (A.J. Cook), technical analyst Penelope Garcia (Kirsten Vangsness) and FBI cadet Ashley Seaver (Rachel Nichols) on the case, justice is always part of the profile.

Andrea Joy Cook was born on the 22nd July 1978 in Oshawa in Ontario. Andrea is more commonly known as A. J. Cook. A.J.'s first role was on an episode of Goosebumps as Kim Carter in the episode called Don't Wake Mummy with Evan Morgan. This is the tv series based on the children's horror stories by R. L. Stine. A. J. has also had parts in PSI Factor: Chronicles of the Paranormal in the episode called Hell Week as Lee Mason with Matt Frewer, Colin Fox, Dan Aykroyd, Nancy Anne Sakovich and Barclay Hope, Tru Calling as Lindsay Walker with Eliza Dushku, Shawn Reaves and Zach Galifianakis and Vanished as Hope alongside Brad Rowe and Bianca Kajlich. She has appeared in Elvis Meets Nixon as a hippie chick with Bob Gunton and Bob Gunton. A.J. made her feature film debut in a film called The Virgin Suicides as Mary Lisbon with Kathleen Turner, James Woods, Josh Hartnett and Kirsten Dunst and she also won a recurring role in the TV series Higher Ground as Shelby Merrick with Joe Lando and Hayden Christensen. She has also starred in the films, The Spiral Staircase as Judd Nelson and Nicollette Sheridan, Out Cold as Jenny alongside Jason London, Lee Majors, Zach Galifianakis, Derek Hamilton, Willie Garson and Caroline Dhavernas, Final Destination 2 and Final Destination 3 as Kimberly Corman with Ali Larter, Michael Landes and David Paetkau, Laserhawk with Mark Hamill and Jason James Richter and in Blue Moon as Alison alongside Mimi Kuzyk. Other roles include Teen Sorcery as Dawn with Craig Olejnik and Lexa Doig, Wishmaster 3 - Devil Stone as Diana Collins opposite Jason Connery and The House Next Door as Lori Peterson opposite James Russo, Frederic Forrest and Theresa Russell. She has also appeared in Blood Suckers as Fiona Kennedy with Natassia Malthe and Dominic Zamprogna. Night Skies as Lilly alongside Jason Connery, George Stults and Ashley Peldon, Ripper as Molly Keller with Bruce Payne, Jurgen Prochnow and Kelly Brook and I'm Reed Fish as Theresa with Katey Sagal and Jay Baruchel . A. J. has also starred in Dead Like Me in the episode called Sunday Mornings as Charlotte alongside Cynthia Stevenson and Mandy Patinkin. Other roles include First Wave in the episode called The Flight of Francis Jeffries as Lindsay Tilden alongside Sebastian Spence and Rob LaBelle and in In His Father's Shoes as Lisa opposite Louis Gossett Jr. But perhaps A. J.'s most notable role is that of playing FBI Special Agent Jennifer "J.J." Jareau in, alongside Criminal Minds - Season 1,Criminal Minds - Season 2, Criminal Minds - Season 3, Criminal Minds - Season 4, Criminal Minds - Season 5 and Criminal Minds - Season 6 alongside Mandy Patinkin, Thomas Gibson, Shemar Moore, Paget Brewster, Matthew Gray Gubler, Kirsten Vangsness, Joe Mantegna and Lola Glaudini. The show follows the adventures of a team of profilers from the FBI's Behavioral Analysis Unit (BAU) at Quantico, Virginia. She has also starred in My Gay Christian Baby as Miranda Bliss with Sarah Carter and David Moscow. Other roles include starring in Mother's Day as Vicky Rice with Rebecca De Mornay, Jaime King and Briana Evigan and in Law and Order: Special Victims Unit as Debbie Shields in the episode called "Mask". A. J. has also appeared in Bringing Ashley Home as Libba Phillips.

What's your favourite A.J. Cook film and why?