From Paris with Love Synopsis

John Travolta and Jonathan Rhys-Meyers star in the spy thriller FROM PARIS WITH LOVE, directed by Pierre Morel (TAKEN). The Luc Besson/Adi Hasak-penned tale revolves around the entwining paths of an American spy and an embassy worker during a tumultuous time in Paris.With John Travolta in the role of a smart mouthed, gung-ho, womanizing American Spy in a foreign city, the team behind all guns blazing action flicks TAKEN and TELL NO ONE, evidently have an absolute blast with FROM PARIS WITH LOVE. This buddy/spy pict ... (Full plot summary below)

Where Can I Rent From Paris with Love Online?

Click here to watch From Paris with Love online for free!

Rent From Paris with Love on DVD 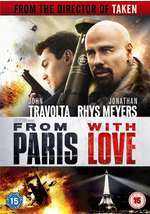 Rent From Paris with Love on Blu-ray

We found 4 films similar to From Paris with Love 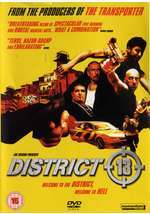 District 13 (2006) Both of the leads in the French action flick DISTRICT 13 practice parkour, a kind of urban gymnastics that looks a little like skateboarding without the skateboard, and the pleasure of this short frenetic film is watching the two lithe heroes leap through windows, run up walls, and jump off buildings. Like Jackie Chan, Cyril Raffaelli, and David Belle, both stuntmen-turned-leading-men perform their own acrobatic martial arts sans special effects or invisible wires, and the lo-fi fight sequences pack a gritty punch that is often missing in slick Hollywood fare. The plot involves a futuristic France where the worst ghettos have been walled off from the rest of society, their schools shut down, and the police force evacuated. The people in power simply want to ignore the plight of the disenfranchised, but this becomes difficult to do when the most notorious gang, led by the wild-eyed Taha (Bibi Naceri), gets its hands on a nuclear warhead and proceeds to demand a 20-million-Euro ransom, with the city of Paris as its hostage. Enter Damien (Raffaelli), a one-man police strike force, who has 24 hours to disarm the missile. To help him navigate the war zone of District 13, he springs a vigilante antihero, Leito (Belle), from jail. Leito has personal reasons for taking down the crime lord: Taha has turned Leito's adolescent sister into his junkie pet. As the ultra-athletic duo go up against Taha's gangster army, they repeatedly (and conveniently) lose their guns, and are forced to improvise, thrashing goons with steering wheels, cinder blocks, and their foreheads. Lovers of action flicks could ignore the English subtitles completely and still relish the hyperkinetic beauty of the whip-quick combat. 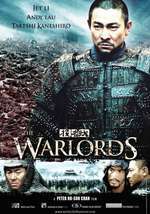 Warlords (2008) Warlords is a heroic tale of three blood brothers and their struggle in the midst of war and political upheaval. It is based on "The Assassination of Ma," a Qing Dynasty (1644-1911) story about the killing of general Ma Xinyi. 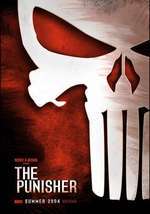 The Punisher (2004) Marvel Comics presents a second big-screen version of THE PUNISHER, with this action-packed adaptation from screenwriter-turned-director Jonathan Hensleigh. Frank Castle (Tom Jane) is a retired F.B.I. agent spurred into action after the merciless slaying of his wife, father, and son. Adopting the superhero guise of The Punisher, Castle aims to wreak vengeance for his dead family by tracking down the culprits responsible for their demise. All clues point to Howard Saint (John Travolta), a ruthless businessman and nightclub owner whose son was mistakenly killed by Castle in a botched undercover operation back in his F.B.I. days. Unique amongst Marvel superheroes, The Punisher possesses no special powers, just remarkable strength parried with a blind determination to avenge his family. As he hunts down Saint, Castle surrounds himself with three fellow societal outcasts to get the job done, namely Joan (Rebecca Romijn-Stamos), Bumpo (John Pinette), and Dave (Ben Foster). Director Hensleigh eschews flashy CGI effects for the bulk of the movie, and instead reverts to old action-movie staples such as thrilling stunt work, gunfights, and huge explosions. The old-fashioned feel suits The Punisher well, providing an apt mirror of the hero's own lack of super powers. Hensleigh winds the film through a thrilling white-knuckle ride to its spectacular conclusion, ultimately providing a highly appropriate movie for one of Marvel's lesser-known comic book heroes. 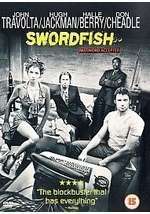 Swordfish (2001) Star John Travolta revisits the grinning villain territory he explored in BROKEN ARROW and FACE/OFF with this stylish, supercharged techno-thriller. He plays Gabriel, a charismatic, fast-living mystery man who, with help from his right-hand woman, Ginger (Halle Berry), recruits ex-con and former master hacker Stan (Hugh Jackman) to aid in a plan to steal billions from a secret government bank account. Stan reluctantly agrees to help in order to finance the legal battle for custody of his young daughter (Camryn Grimes). Meanwhile an FBI computer crimes specialist (Don Cheadle) is determined to find out what's about to go down, and plans to use Stan to find out.The movie amply earns its keep by cleverly zig-zagging away from audience's expectations and delivering many clever, pulse-pounding action set pieces--including an incredible opening explosion, a car chase through downtown Los Angeles replete with blazing machine guns, and a spectacular airborne climax. With the help of a propulsive electronica score by DJ Paul Okenfold, director Dominic Sena (GONE IN 60 SECONDS) lays down lots of style, and Travolta is mesmerizing in his juicy role.

John Travolta and Jonathan Rhys-Meyers star in the spy thriller FROM PARIS WITH LOVE, directed by Pierre Morel (TAKEN). The Luc Besson/Adi Hasak-penned tale revolves around the entwining paths of an American spy and an embassy worker during a tumultuous time in Paris.

With John Travolta in the role of a smart mouthed, gung-ho, womanizing American Spy in a foreign city, the team behind all guns blazing action flicks TAKEN and TELL NO ONE, evidently have an absolute blast with FROM PARIS WITH LOVE. This buddy/spy picture sees our reserved and mild mannered Mr Nice Guy, played by Jonathan Rhys-Meyers uncharacteristically matched with Travolta, whose superb performance evokes memories of his turn as the wild and crazed Vincent Vega from PULP FICTION. Boredom is not an entity for an hour and a half of this epic action thrill-ride.

From Paris with Love Reviews & Comments

Leave your comments about From Paris with Love.

Still looking for something? Check out these links for more about From Paris with Love.

RENT FROM PARIS WITH LOVE FOR FREE 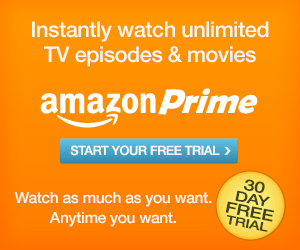